We’re dealing with a biggie in this talk – the origin of the universe. Recent groundbreaking discoveries support the view that our universe is part of a larger cosmic structure: a multiverse. Gravitational anomalies in the structure of our universe are ‘tugs’ exerted by other universes. These exciting theories are indicated by the work of our speaker, Professor Laura Mersini Haughton. She’s a super-star scientist whose been interviewed by Jeremy Paxman, worked with Stephen Hawking and appeared with Morgan Freeman on Through The Wormhole. Predictions of her multiverse theory have been successfully tested by the Planck satellite and at CERN by the Large Hadron Collider, genuinely making new contributions to our understanding of nature of space and time, dark energy, and quantum physics. 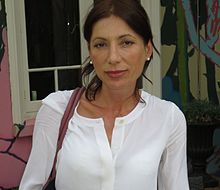 Laura Mersini-Houghton is an Albanian-born physicist and cosmologist who teaches graduate and undergraduate classes in Quantum Mechanics at the University of North Carolina. Laura authored Birth of the Universe from the Multiverse, Thoughts on Defining the Multiverse, Cosmological Implications of the String Theory Landscape, The Arrow of Time Forbids a Positive Cosmological Constant Λ, Wavefunction of the Universe on the Landscape, and Do We Have Evidence for New Physics in the Sky?.