Join us and be part of an biannual global event: an evening of short play readings that encounter our changing climate in unexpected ways. Climate Change Theatre Action is a worldwide series of readings and performances of short climate change plays specially commissioned to coincide with the United Nations climate change meetings.

For the 2021 event, 50 playwrights were asked to write 5-minute plays inspired by the Green New Deal and its global equivalents. We encouraged them to show us what their dream future looks like – and how we might get there.

What might a sustainable and decarbonised society look like? What is the concept of a Green New Deal? And could this become reality

Please note the date and location of this event has changed from 2 December in Lyme Regis to 9 December in Exeter. 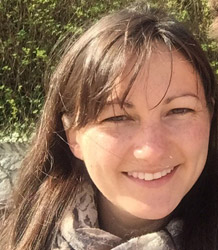