This is a chance to meet Professor Sanjeev Gupta, a key scientist from the latest NASA mission to Mars. In this special event he’ll be revealing secrets from the Perseverance Rover, including new images from the robot. The rover is searching for signs of ancient life on the Red Planet with the ultimate aim of determining its habitability for people; will we ever live there or is it science fiction? 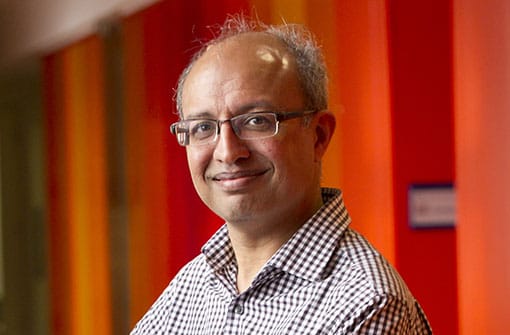 Sanjeev Gupta, born in India in 1965, is Professor of Earth Science at Imperial College, London. His research is concerned with the interpretation of geological and landscape features on Earth and on Mars; he is perhaps most well known for his work on the formation of the English Channel by ancient megafloods. Sanjeev emigrated from India aged five. Following educationat primary schools in Kent and Berkshire, then Reading Grammar School, he read geology at the University of Oxford. After a year in China working on a geological map of southern China, he completed a PhD at the University of Oxford on relations between past tectonic activity and sedimentation in the southern French Alps. Following a number of postdoctoral positions in the US and the UK, Sanjeev joined Imperial College in 2003.