Hear tales from the extraordinary career of a maker of David Attenborough’s Dynasties series. Will Lawson directed the ‘Emperor’ episode that followed penguins, and is assistant producer of the forthcoming Frozen Planet II. The event is presented by Professor Steve Simpson from the University of Exeter. He was an Academic Advisor and featured scientist in Blue Planet 2.

In this free online event, Will is sharing images and stories from the making of ‘Emperor’, a film which struck a chord with viewers across the world for its intimate examination of the birds’ life cycle, which brought nature’s instinct for survival into sharp focus. The film also made headlines for the crew’s unusual decision to intervene with its subjects, when they stepped in to save trapped birds. After the filming ended, Will stayed in the antarctic to run a marathon.

Will has also worked on BBC programmes such as Africa, The Watches (Springwatch, Autumnwatch, Winterwatch), Patagonia, Wild West and Planet Earth II, as well as Yellowstone Live and Earth Live, for National Geographic. Before his work in television, Will helped establish BiomimicrySA (South Africa), and worked as a game ranger in Southern Africa for 7 years, an experience which laid the foundations for his work in Natural History programme making.

This was a free event, but if you can afford it, please make a donation of any amount to help us continuing putting on events for curious minds: 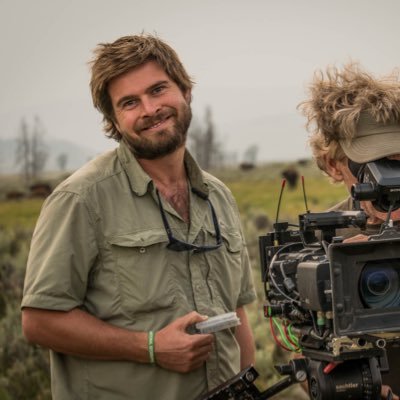 Will currently works as an assistant producer for BBC Studios having spent 2017 directing and living in Antarctica. Will also works as a Naturalist and Trainer for Biomimicry UK and advisory group member for CoalitionWILD.

Will’s passion and enthusiasm for the outdoors has spurred him on to gain his Dive Master and Yachtmaster qualifications at Sea and FGASA (Field Guide Association of Southern Africa) Assessor Qualification, on land; working in the past as guide and instructor for Africa’s longest standing Game Ranger training organisation; Ecotraining.

Steve Simpson is a marine biologist who combines tropical research and expeditions to remote locations with local fieldwork in Devon. Much of Steve’s work focuses on underwater acoustics, including the use of sound by fish and invertebrates, and impacts of human noise on marine life. Steve was a Series Academic Advisor for Blue Planet II, and his underwater puppetry featured in the final episode in a sequence on underwater noise.

He leads a dynamic research group of ~10 postdocs, PhD and Masters students. Following a NERC Knowledge Exchange Fellowship Steve has ongoing links with industry and policy on the themes of European Fisheries and Climate Change, and Anthropogenic Noise and Marine Ecosystems. He works closely with Cefas and the Met Office.