Why is it so easy, when we go to somewhere which the tourist industry would describe as very exotic, to get on with people? Part of the answer is that remote people are much less different than we might, at first, believe and that modern society is much less different than is often assumed. This argument will be illustrated by examples from Madagascar.

LISTEN TO THE PODCAST HERE: 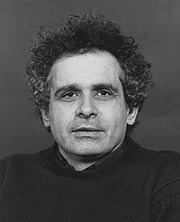 Maurice Bloch has taught anthropology in a variety of places and countries but mainly at the London School of Economics. He also was the European Professor at the College de France. His continuing field research is mainly in Madagascar but now he is writing more generally about human social evolution. His two most recent books are Anthropology and the Cognitive Challenge (CUP) and Going In and Out of Each Others Bodies.